The Ark of the Covenant

The Ark of the Covenant was one of the most instrumental symbols of faith and God’s presence. The contents of which included the tables of the Mosaic law, a pot of manna, and the rod of Aaron. The Ark’s origin stemmed from Exodus 25:10 when Moses was commanded by God to “make an ark of acacia wood.”

The Ark of the Covenant Dimensions and Features

For transportation, the Ark had four rings of gold with two rings on each side. A pole of acacia wood overlaid with gold was placed into the rings to carry the ark. These poles for transportation were to be permanent fixtures and never removed. 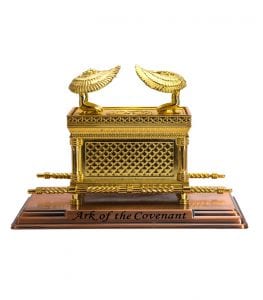 The Hebrew Bible directed that the Ark of the Covenant be placed within a movable shrine known as the tabernacle. A curtain that prevented people from viewing the Ark of the Covenant was set up within the tabernacle and an altar and incense burners were placed in front of the curtain. The incense was to be burned by Aaron, the brother of Moses, and his sons at morning and sunset.

A man named Bezalel was chosen by God to build the Ark of the Covenant and furnishings located within the tabernacle, according to the Hebrew Bible. “I have filled him with the Spirit of God, with wisdom, with understanding, with knowledge and with all kinds of skills — to make artistic designs for work in gold, silver and bronze, to cut and set stones, to work in wood, and to engage in all kinds of crafts.” Exodus 31:3-5. Oholiab was chosen by God to be Bezalel’s assistant, with skilled craftsmen helping them, the Hebrew Bible says. 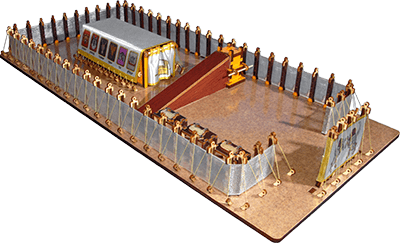 The Ark of the Covenant Outside the Tabernacle

For the Israelites, the Ark of the Covenant meant God’s presence. Throughout the Old Testament, we see stories of how God provided safety and success using the symbol of the Ark.

In the Book of Joshua, we learn of the safety the Ark provided the Israelites as they passed over the Jordan into the Promised Land. In Joshua 3:6, “Joshua said to the priests, ‘Take up the ark of the covenant and pass before the people.’”  When the priests came to the Jordan, just as was commanded the waters were “completely cut off and the people passed over opposite Jericho” when the Ark neared.

In sixth chapter of Joshua, the Ark was instrumental in the Battle of Jericho. The Ark was taken around the city six times in six days and was preceded by seven priests who sounded seven trumpets made of rams’ horns (Joshua 6:7). On the seventh day, the ark with the armed men and priests did the same but the “people shouted a great shout, and the wall fell down flat” (Joshua 6:20).

The Philistines captured the Ark when Israel summoned possession of the Ark following a brutal defeat. They felt the mere possession of the Ark would give them the favor of God. Israel suffered another defeat and lost the Ark to the Philistines who were not intimidated by the shouts and the supposed presence of “a god” into the camp (1 Samuel 4:11).

After the Ark was brought back to Jerusalem by King David, during the reign of King Solomon, the First Temple, which is the holiest place in Judaism, was constructed in Jerusalem and the Ark of the Covenant was placed in an inner sanctuary covered in gold, the Hebrew Bible says.

The last recorded mention of the Ark of the Covenant’s location in the Bible was in 2 Chronicles 35. King Josiah assigned the priests to their offices and “encouraged them in the service of the house of the Lord” (2 Chronicles 35:2). He then instructed the Levites to “put the holy ark in the house that Solomon the son of David, king of Israel, built. You need not carry it on your shoulders. Now serve the Lord your God and his people Israel” (2 Chronicles 35:3).

It’s not known what happened to the ark after the First Temple was destroyed by the Babylonians. According to the Book of Maccabees, the ark was hidden in a cave on Mount Nebo by the prophet Jeremiah who said that this “place shall remain unknown until God gathers his people together again and shows his mercy.” 2 Maccabees 2:7.

Another story tells of how the ark was brought to Ethiopia and is now at the Church of Our Lady Mary of Zion in Axum. Supposedly, only the Guardian of the Ark is allowed to view this ark.

There are many other stories of the ark’s survival that Parfitt mentioned in his book. There are stories about how it is hidden near Jerusalem, in the city of Mecca and even in New Guinea.

One text called the “Treatise of the Vessels” says that the ark “shall not be revealed until the day of the coming of the Messiah son of David….” And the Book of Revelation claims that the ark will not be seen again until the end times.

“Then God’s temple in heaven was opened, and within his temple was seen the Ark of his Covenant. And there came flashes of lightning, rumblings, peals of thunder, an earthquake and a severe hailstorm.” Revelation 11:19.

Huge and Unique Model of the Jewish Temple Gold Plated 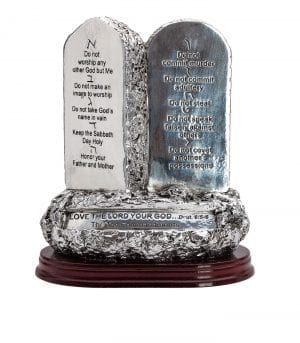 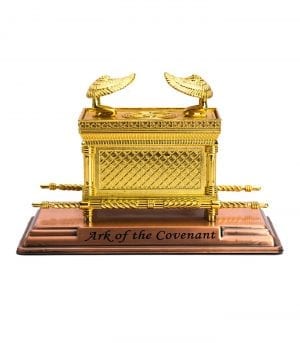 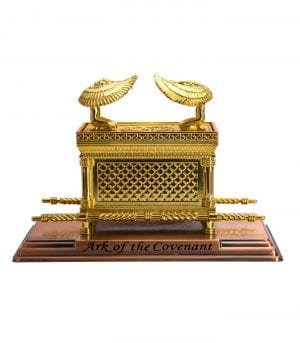 $135.00
Tags:
Holy Land Site, The Ark of the Covenant, The Temple
Newer The Ten Commandments
Back to list
Older Children, Want to hear the story about Santa Claus?

END_OF_DOCUMENT_TOKEN_TO_BE_REPLACED

The hill of Mount Zion, the highest point in ancient Jerusalem, is dominated by the Church of the Dormition. The location is identified in Christian tradition as the place where the Virgin Mary died — or “fell asleep”, as the name suggests.