The Temple Mount, a massive masonry platform occupying the south-east corner of Jerusalem’s Old City, has hallowed connections for Jews, Christians and Muslims.

All three of these Abrahamic faiths, regard it as the location of Mount Moriah, where Abraham prepared to offer his son Isaac (or Ishmael in the Muslim tradition) to God.

For Jews, it is where their Temple once stood, housing the Ark of the Covenant.

Now, for fear of stepping on the site of the Holy of Holies, orthodox Jews do not ascend to the Temple Mount. Instead, they worship at its Western Wall, while they hope for a rebuilt Temple. Together with the  rise and the coming of their long-awaited Messiah.

For Christians, the Temple featured prominently in the life of Jesus. Here he was presented as a baby. Here as a 12-year-old he was found among the teachers after the annual Passover pilgrimage.

Here Jesus prayed and taught and here he overturned money-changers’ tables and foretold the destruction of the Temple:

“Not one stone will be left here upon another; all will be thrown down” (Mark 13:2). And here the earliest Judaeo-Christians met.

Judaism’s holiest place is the Western Wall in the Old City of Jerusalem. Part of the retaining wall erected by Herod the Great in 20 BC to support the vast plaza on which he rebuilt the Temple, it is venerated as the sole remnant of the Temple.

The wall and the plaza in front of it, form a permanent place of worship. A site of pilgrimage for Jews and a focus of prayer. often petitions written down and placed between the huge stones.

The Jewish name for the wall is the Kotel.

A common sight are Orthodox Jewish men, fully bearded and garbed in black, bowing their heads as they read and pray from the Torah.

It is also the place where Jews down the ages have expressed their grief over the destruction of the Temple. Their anguish giving the wall another name — the Wailing Wall.

But the wall is also a place for celebrations, especially of Bar and Bat Mitzvahs (coming-of-age ceremonies for Jewish sons and daughters). 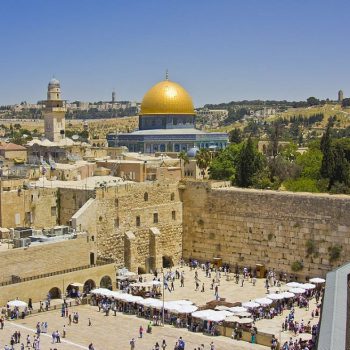 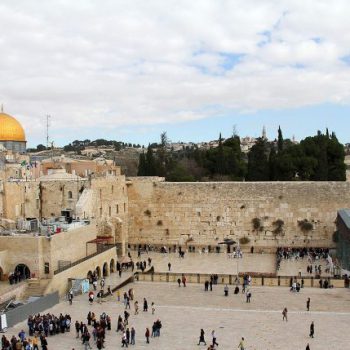 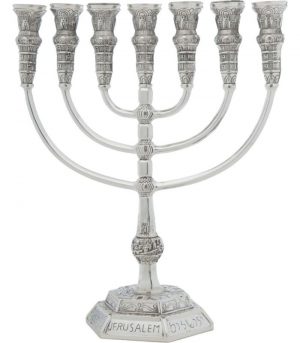 The Menorah is described in the Bible as the seven-lamp ancient Hebrew lampstand made of pure gold and used in the Temple in Jerusalem.

Add to cart
Sold out 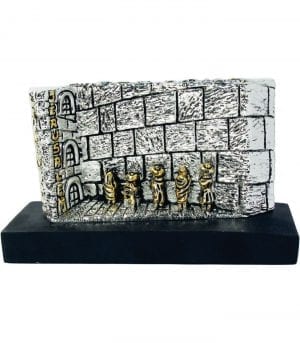 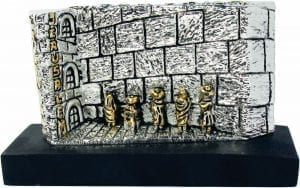 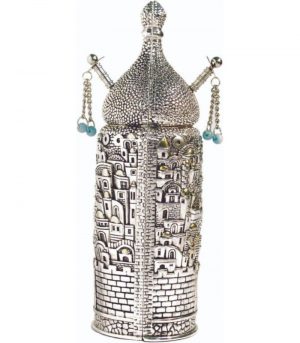 The Old Testament. The five books of Moses in a silver case

Add to cart
BACK TO MAP
Tags:
Capernaum, Holy Land Site, Sea of galilee
Newer Nazareth
Back to list
Older Mount of Olives