This holy site is the original place where Jesus was baptized by John the Baptist. It was here that John was sent by The Lord to fulfill his destiny. John was ordered by God to cleanse the people, and prepare the world for the coming of the Messiah. Here he baptized many men and women, proclaiming himself to be the way-maker of our true Savior.

“He said, I am the voice of one crying in the wilderness, Make straight the way of the Lord, as said the prophet Isaiah.” (John 1:23 KJV)

The Jordan River runs through the land and history of the Bible, giving its waters a spiritual significance that sets it aside from other rivers.

The Jordan is significant for Jews because the tribes of Israel under Joshua crossed the river on dry ground to enter the Promised Land after years of wandering in the desert.

It is significant for Christians because John the Baptist baptised Jesus in the waters of the Jordan.

The prophets Elijah and Elisha also crossed the river dry-shod; and the Syrian general Naaman was healed of leprosy after washing in the Jordan at Elisha’s direction.

The place where Jesus was baptised by John the Baptist is believed to be in Jordan, on the east bank of a large loop in the river opposite Jericho.

A site less than 2km east of the river’s present course, at Wadi Al-Kharrar, has been identified as Bethany Beyond the Jordan. This is where John lived and baptised, and where Jesus fled for safety after being threatened with stoning in Jerusalem.

Until the 1994 peace treaty between Jordan and Israel, the area was a Jordanian military zone. After clearing nearby minefields, the Jordanian government has made the place accessible to archaeologists, pilgrims and tourists.

Jordan’s new Baptism Archaeological Park contains the remains of a Byzantine-era monastery featuring at least four churches, one of which is built around a cave believed to be the one that ancient pilgrims called “the cave of John the Baptist”.

While the Jordanian location was inaccessible, a modern site commemorating Christ’s baptism was established at Yardenit in Israel, at the southern end of the Sea of Galilee.

Maintained by a kibbutz, it is a popular place for Christian pilgrims to renew their baptismal promises — or for new Christians to be baptised, often in white robes and undergoing total immersion in the mild waters of the Jordan. 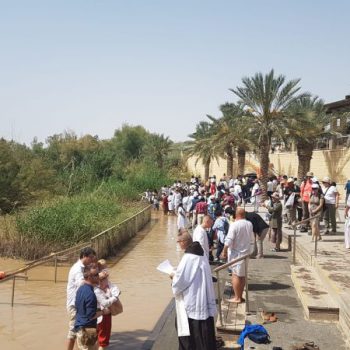 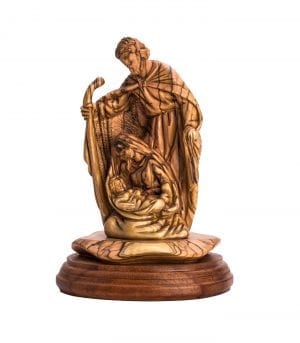 Expressive Holy Family scene depicts St. Joseph holding baby Jesus and Virgin Mary looking to her beloved baby. The holy family scene is handmade from one piece of olive wood and placed on a wood stand. Made by Bethlehem’s finest craftsmen. 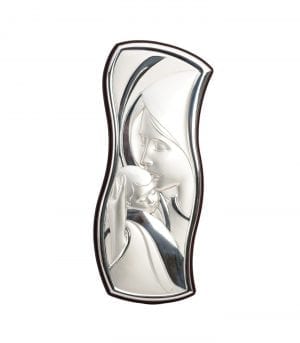 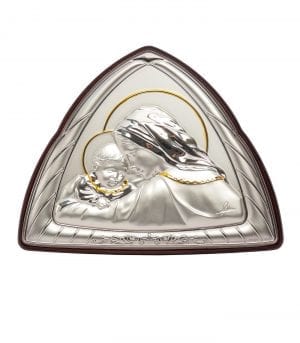 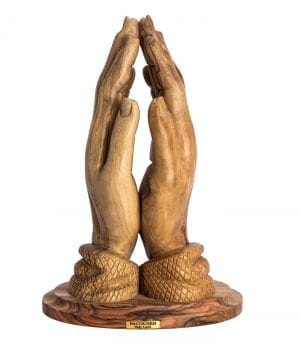 This expressive symbol of faith will always remind us of the importance and power of prayer, especially for our beloved young ones. The statue is embellished with meticulously carved details – the fingernails, the fingers, the richly decorated sleeves – every detail is perfectly carved. The artistic praying hands were designed and crafted in the Holy Land by local Christian craftsmen.

Add to cart
BACK TO MAP
Tags:
Capernaum, Holy Land Site, Sea of galilee
Newer La Via Dolorosa
Back to list
Older Garden of Gethsemane