The first miracle  in the journey of Jesus Christ in the Gospel of John took place in Kfar Cana. Kfar Cana is located in the Galilee, north region  of Israel, near Nazareth.

Jesus and his mother were invited to a wedding, and when the wine runs out, Jesus performs a miracle by turning water into wine.

But the commemoration of the miracle of the wine is traditionally fixed at Kefer-Kenna (also known as Kfar-Cana), 5km north-east of Nazareth on the road to Tiberias.

What happened in Kfar Cana?

Here the Franciscans, relying on the testimony of early pilgrims including St Jerome, established themselves in 1641. Therefore, its here where the street side vendors sell Cana wine.

The Franciscans believe excavations beneath their present church, dating from the early 1900s, confirm the existence of an early place of worship. It can be,  perhaps, a Jewish-Christian synagogue, on the site.

Beneath the sacristy of the present Franciscan church were found remains of dwellings dated back to the 1st century and an ancient basilica with three apses in cross-like form. In a crypt a small stone cistern was found fitted into a flagstone floor.

Not far from the Franciscan church is the Greek Orthodox Church of the Marriage Feast. Two large stone jars claimed to be two of the original water pots. But archaeologist Rivka Gonen says “they seem to be old baptismal fonts”.

The town also has a chapel dedicated to St Bartholomew, who some scholars identify with Nathanael of Cana.

In The journey of Jesus Christ, Jesus visited twice in Cana. The second time Jesus visited Cana, he was met by a distressed official of the court of Herod Antipas (John 4:46-49). The official lived at Capernaum, which Jesus was soon to make his home town. The officialand he had come to plead for his son, who was dying.

Jesus, who had earlier proved he could make good wine from water, now showed he could heal from 30km away. “Go; your son will live,” he told the official.

One of the early pilgrims to Cana, the Anonymous Pilgrim of Piacenza, confessed in 570 to an act of religious graffiti. “Our Lord was at the wedding,” he wrote, “and we reclined upon his very couch upon which I, unworthy that I am, wrote the names of my parents.”

Another possible site for Cana, preferred by many modern scholars, is the ruined village of Khirbet Kana , 12km northwest of Nazareth. 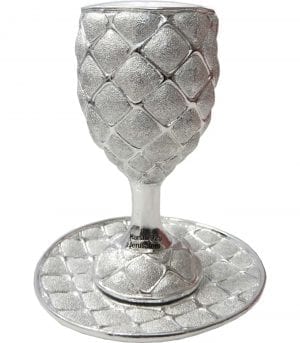 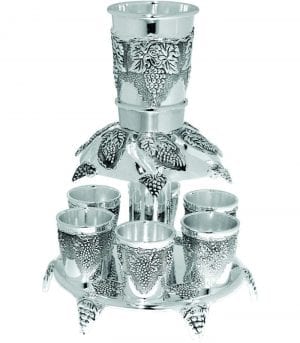 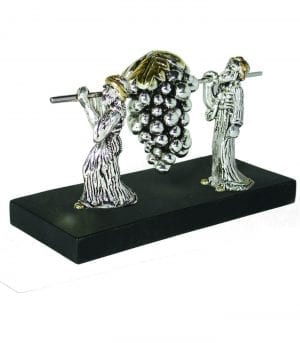 The Grapes of Canaan Silver Sterling

The Grapes of Canaan. The twelve spies as recorded in the book of Numbers. The spies brought back a cluster of grapes so large that it took two men to carry it (Numbers 13:23) – Sterling Silver 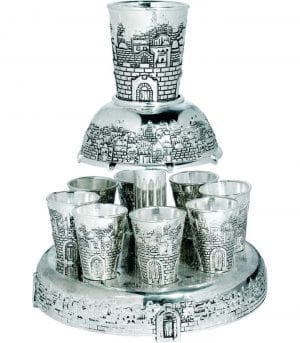 END_OF_DOCUMENT_TOKEN_TO_BE_REPLACED

The hill of Mount Zion, the highest point in ancient Jerusalem, is dominated by the Church of the Dormition. The location is identified in Christian tradition as the place where the Virgin Mary died — or “fell asleep”, as the name suggests.

END_OF_DOCUMENT_TOKEN_TO_BE_REPLACED

Located in the beautiful Lower Galilee region of Israel, and famed for being the city where Jesus had lived and grown up, today Nazareth is the largest Arab city in Israel, and one of the largest cities in northern Israel.

END_OF_DOCUMENT_TOKEN_TO_BE_REPLACED

close
close
Start typing to see products you are looking for.